HOW DID IT ALL BEGIN?

The trail to Gurusangpo Cave in Mustang is littered with blue asters, little purple rhododendrons, and the rare roscoe lily, as trekkers slowly make their way past the avalanche debris, up the slippery slope, and to the famous cave. It is as overcast as it can be. However for a few minutes, the clouds lift and Mt. Dhaulagiri, the seventh highest mountain in the world, lights up the eyes of the trekkers. Their hearts and feet stop for a few moments as they stand in awe at the mighty Dhaulagiri Icefall and the beautiful Dhaulagiri.

Once at the cave, these trekkers meet a great Lama. They tell him that they want to write about this beautiful place. He, in turn, pokes fun at people who come to visit the mountains, take a picture or two and think they understand it all. He challenges the trekkers to touch and feel the cave and explain its significance. A friendly debate ensued, and in the end, the trekkers realize that to create something beautiful the water has to dance with the rocks and the masculine has to merge with the feminine.

Such is the nature of mountains and mountain people. It is impossible to walk among these lofty peaks, rub shoulders with these hardy people, and come back unchanged. The solitude of the mountain landscape and the simplicity of the mountain people silence our mind, deflates our ego, challenges our priorities, and helps us to come closer to ourselves. As John Muir says, “Thousands of tired, nerve-shaken, over-civilized people are beginning to find out that going to the mountains is going home; that wildness is a necessity.” HoneyGuide is an attempt to help thousands more discover this truth.

If you believe that our minds would be more peaceful and the world would be a better place if men and mountains meet more often, HoneyGuide is for you.

WHY IS THE COMPANY CALLED HONEYGUIDE?

We get this a LOT!! For starters, a lot of Aussies think we are some sort of escort service but hope it is clear by now that that is not the case. HoneyGuide is ‘honeyguide’ because just like the honeyguide bird that guides bears and badgers to honeycombs, HoneyGuide guides hikers and trekkers to amazing places. And just like the bears and badgers, you will have to go through a lot of huffing and puffing and climbing to get to the honey.

Read more about how we named the company..

WHAT DOES HONEYGUIDE STANDS FOR?

You will also find that, at HoneyGuide, you can book services directly from the people who provide the services. These are hardy people who have etched out a living and a life out of one of the most inhospitable terrain on earth. Buying directly from the porters, guides, trek leaders, and lodge owners, will not only empowers them and raises their livelihood but also increases the level of service in the long run.

This will also allow you to build the trek the way you see fit knowing full well what you are paying for. And all the while you are doing this you can rest assured that your money is directly creating impact in the lives of the hardy people who are dependent upon the mountains.

TRANSPARENCY AND IMMERSION THROUGH INFORMATION

Everything at HoneyGuide happens because of the attachment to the mountains and the need to promote mountain communities. At HoneyGuide, trekkers get detailed and unbiased information about prices, safety, route descriptions, and contact numbers. However, HoneyGuide goes beyond the logistical information to help you truly understand the land and people. Is Machhapuchhre really a holy mountain? Why is there a cock eating a pig eating a snake eating a cock in that painting? Why are prayer flags so colorful? What are the dates for the Mani Rimdu festival for 2019? These are all fair game at HoneyGuide.

Check out HoneyGuide’s trekking app ‘Trekking in Nepal’ for Android and iOS. If you have any questions or proposals, please feel free to get in touch with us.

Ashish is a math and travel buff, crazy about consciousness and AI, a wildlife photographer, and wants to climb Mt Dhaulagiri. Email: honeyhunter at the rate honeyguideapps dot com Phone: +977-9841370673

For the work we have done so far, we have been covered by the World Bank, Lonely Planet, SLUSH Helsinki, Best Hike, Kimkim, and Business Word.

All of us at HoneyGuide are passionate about anything to do with mountains. We love to tramp along the high peaks, help the local communities earn a living respectfully, and preserve the natural beauty of the mountains.

HoneyGuide has been at the forefront of tackling the issue of seasonality in Nepal’s Adventure Tourism. We believe that the correct answer to, “When is the best time to trek in Nepal?” is not, “October,” but, ”What are you interested in?”. For those who want the solitude and quiet with beautiful mountain views, November/December might be a better option. For those who want to experience culture and festivals, July/August might be the best period. Still, for those looking to capture large wildlife in the highlands, even the deep winter months of January/February might be appealing. So, it boils down to what the trekkers want.

As such we had organized a Videography Competition and a live event to highlight this issue. Check out the videos submitted for the #CelebrateSixSeasons competition.

The campaign saw 80 video entries which have been watched over 400,000 times already. Check out the event coverage from the most popular vlogger in Nepal, Sisan Baniya.

HIKING AND CLEANING THE TRAILS WITH WEB WEEKEND KATHMANDU

We are also extremely passionate about cleaning up the trails we walk upon. Every time we go on a hike, we come back with a pile of rubbish. While we do this almost every weekend, we recently had the opportunity to collaborate with Web Weekend Kathmandu, to both run a hike and clean up the hills leading to Lakuri Bhanjyang.

In the aftermath of the 2015 earthquake in Nepal, HoneyGuide ran a photography competition and sale and Babarmahal to show how efforts were being taken to bring the country back on its feet.

HoneyGuide has repeatedly collaborated with the Nepal Tourism Board most notably during the #CelebrateSixSeasons Video Campaign to promote year around tourism in Nepal. Mr. Jitendra Bhattarai was one of the panelists in the event, and Nepal Tourism was the main sponsor for the event. We also worked closely with the top video makers and vloggers in Nepal during the event: Prasiit Sthapit of Fuzz Factory, Aneel Neupane of Jazz Productions, and Sisan Baniya of Paradygm TV.

HoneyGuide was part of the 2017 edition of International Travel Blogger and Media Conference held in Nepal.

For that event, we did a detailed coverage of the town of Panauti.

HoneyGuide worked with the Manang Youth Society to promote a new trek in the Annapurna Region called the Annapurna Seven Passes Trek.

You can read about the collaboration in this interview with Mr. Tripple Gurung, the man behind Manang Youth Society and Annapurna Seven Passes Trek.

Read more about the collaboration here.

HoneyGuide wrote the Health and Safety while Trekking in Nepal in collaboration with Ms. Prativa Pandey, Medical Director of the reputed CIWEC Clinic in Kathmandu. CIWEC is the only hospital in Nepal with expertise in travel medicine.

Every year HoneyGuide gives a presentation to the runner of the Tenzing Hillary Everest Marathon about the nature and culture of the Everest Region. They also get a short tutorial on how to use HoneyGuide’s Trekking in Nepal trekking app.

We worked with the Art and Soul Project that runs classes for underprivileged kids. HoneyGuide provided the kids with coloring exercises and events which eventually led to a stop motions video and exhibition of those colorings during the launch event of Trekking in Nepal trekking app.

Check out the coloring video here.

We did two videos together: one about a birder in Everest and another to find why people love mountains. We have also collaborated with them during the #CelebrateSixSeasons Video Competition.

Web Weekend Kathmandu and HoneyGuide jointly organized a hike to Lakuri Bhanjyang for the speakers and participants of the technology event. During the hike, the participants also cleaned up non-disposable waste along the trail. It came out to be about three large sacks!!

Grasruts, a crowdfunding platform, ran a fundraiser to find a trekking trail to circle the Kathmandu Valley in one go. Sushant Bajracharya was successful in raising funds needed, and HoneyGuide helped him with logistics, planning, and coverage. Follow the journey in this post.

All media/press inquiries should be directed to Ashish Shrestha honeyhunter@honeyguideapps.com. You can download our press kit here. https://goo.gl/ZVebkJ

We are featured by 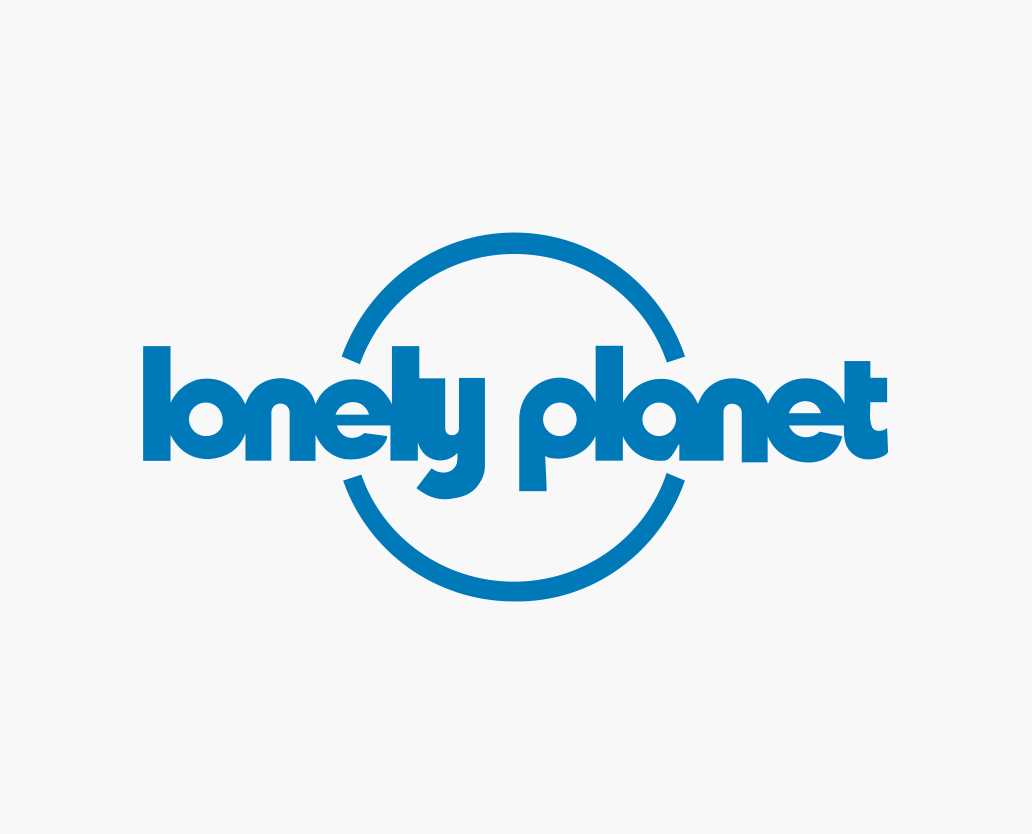 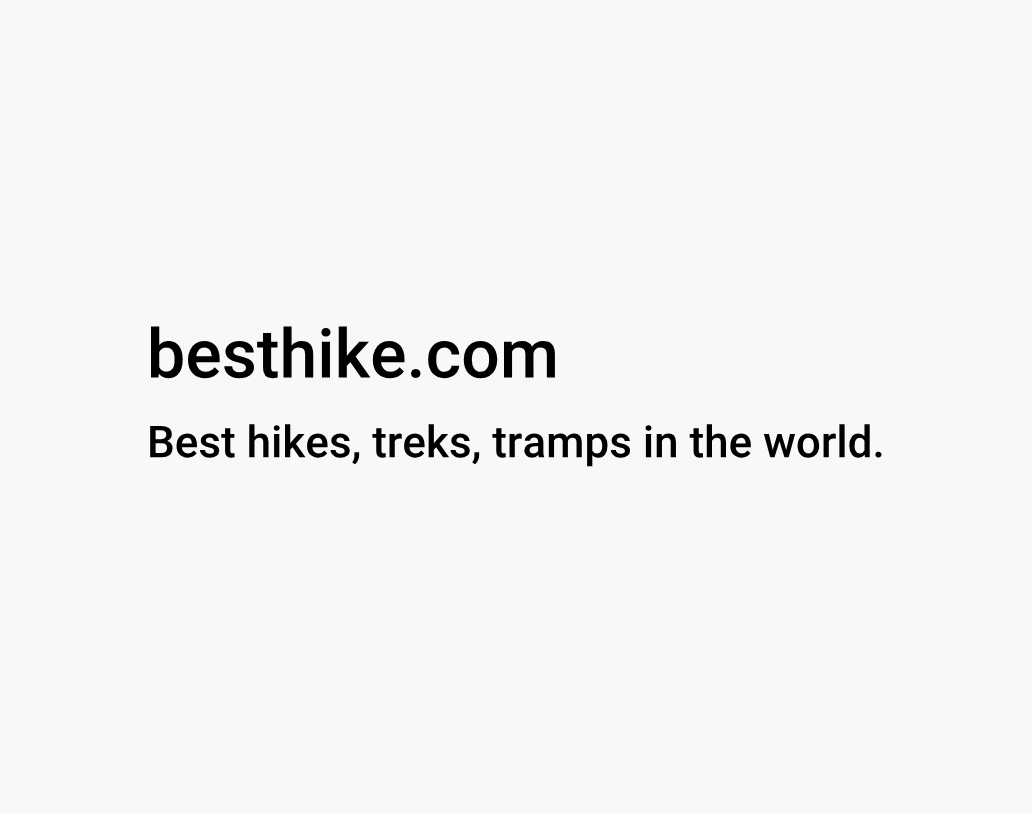 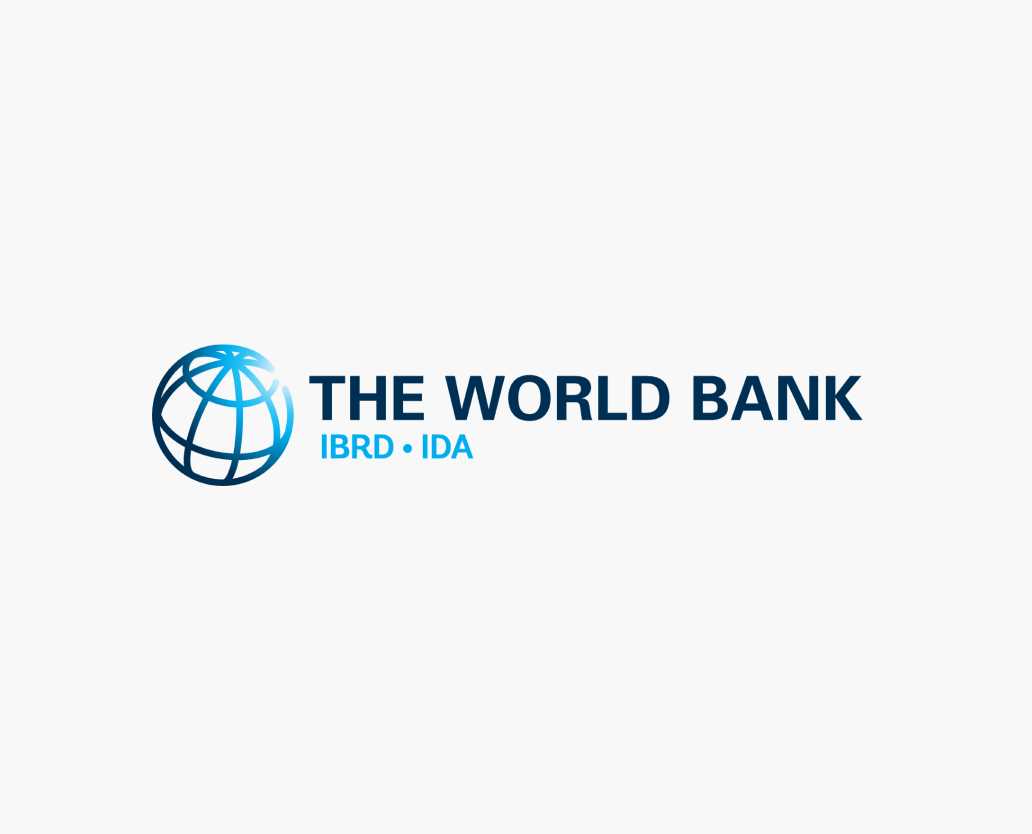 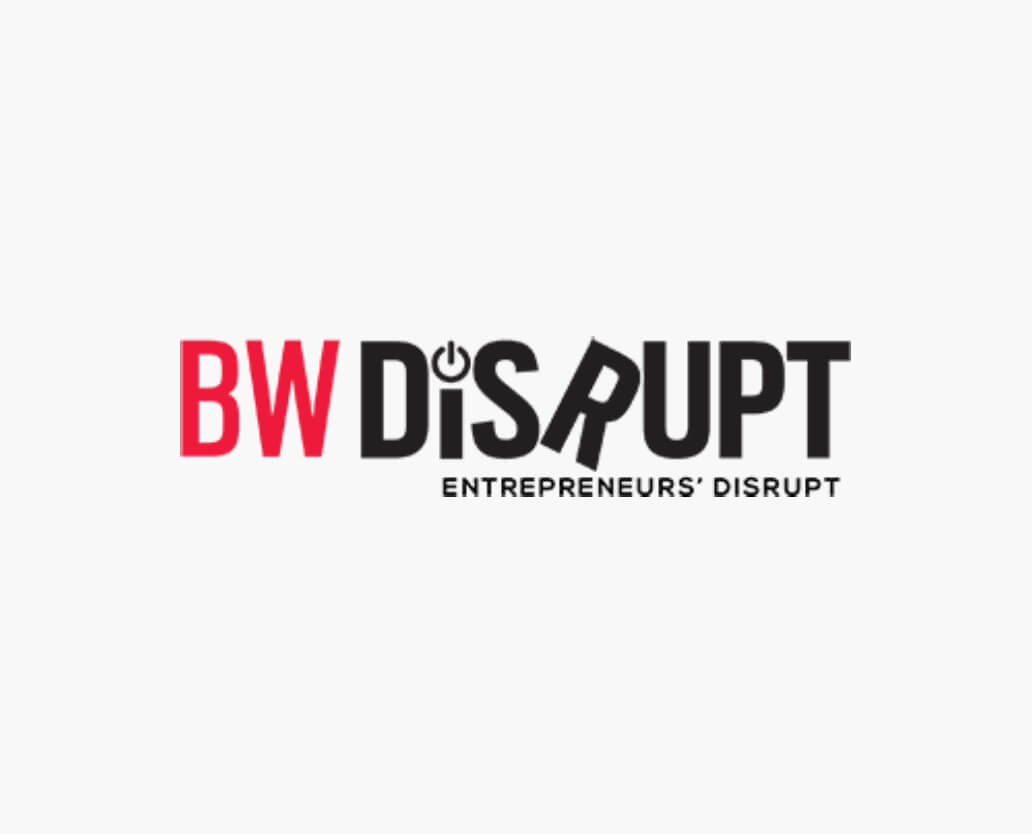 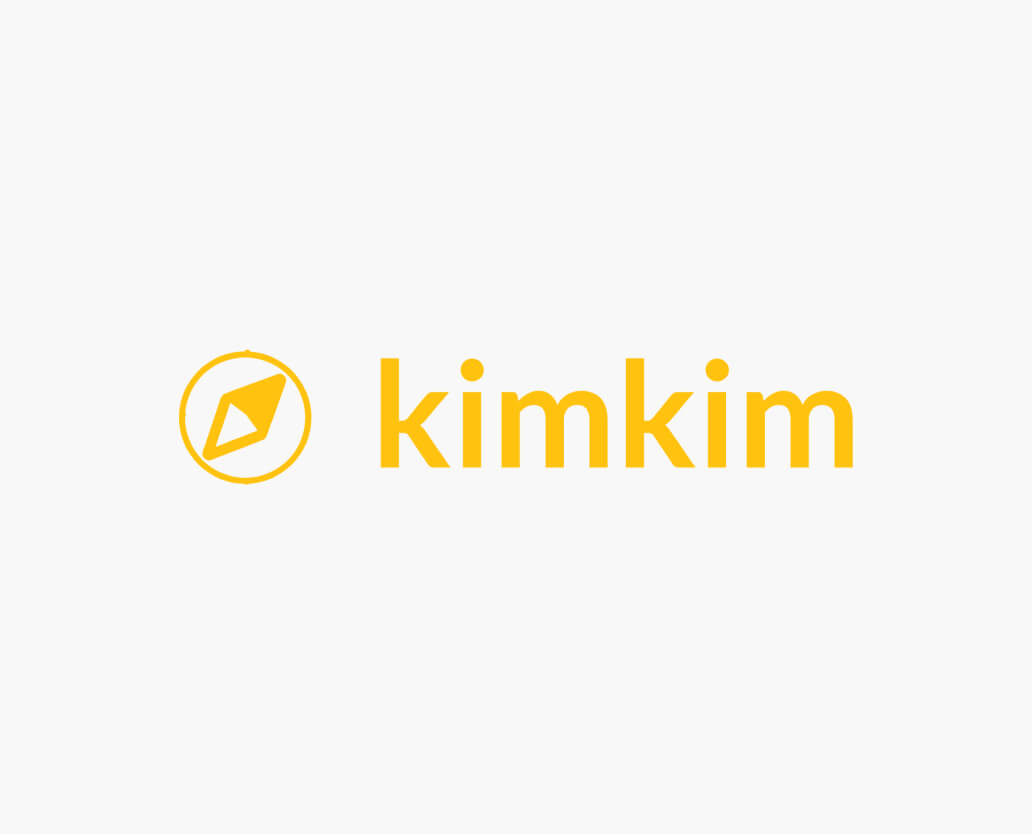 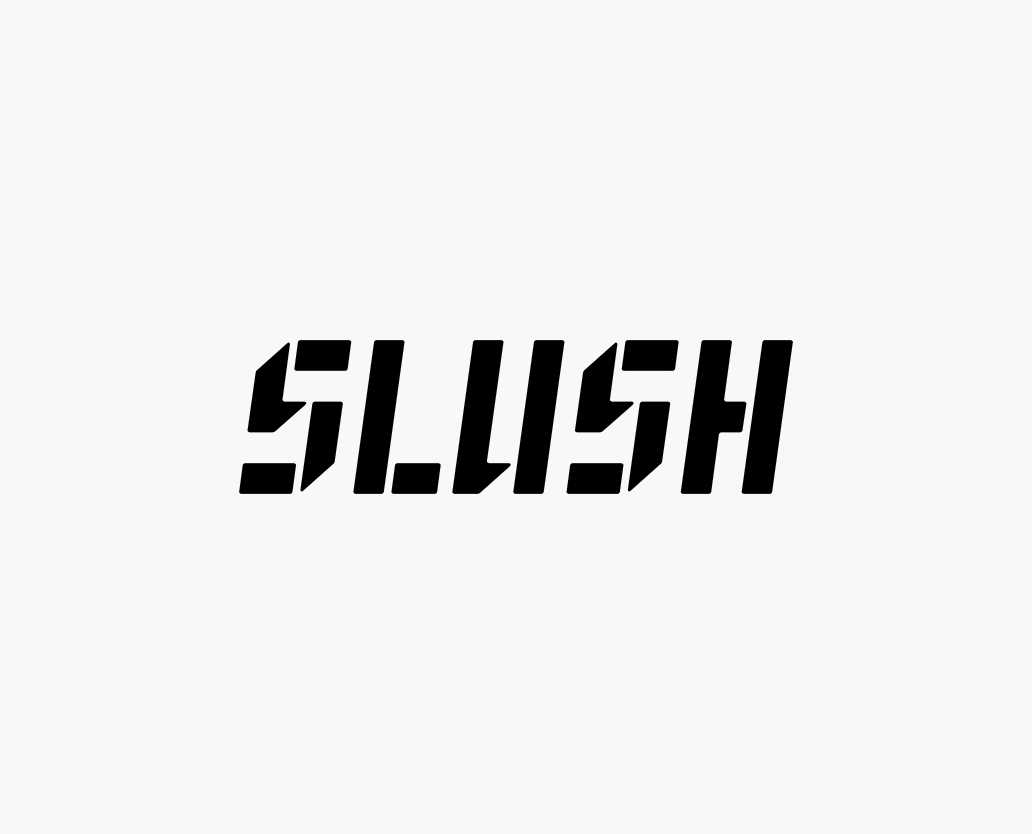